From the Caucasus to California, This Startup’s Fire For Innovation Can’t Be Put Out

From the Caucasus to California, This Startup’s Fire For Innovation Can’t Be Put Out

From the sets of Game of Thrones and Hollywood movies to your local fire station, the future is bright for Vamekh Kherkheulidze and his venture, Elven Technologies, a start-up centered around an innovative high-tech protective bodysuit for firefighters. We had the opportunity to chat with Vamekh as he pitches across California, using the unique perspective and insight he has gained from his time in the GIST Business Incubation Program to foster American business connections, enter the American market, and build bridges between America and his home of Georgia.

How did your venture journey take you from the Caucasus to California? 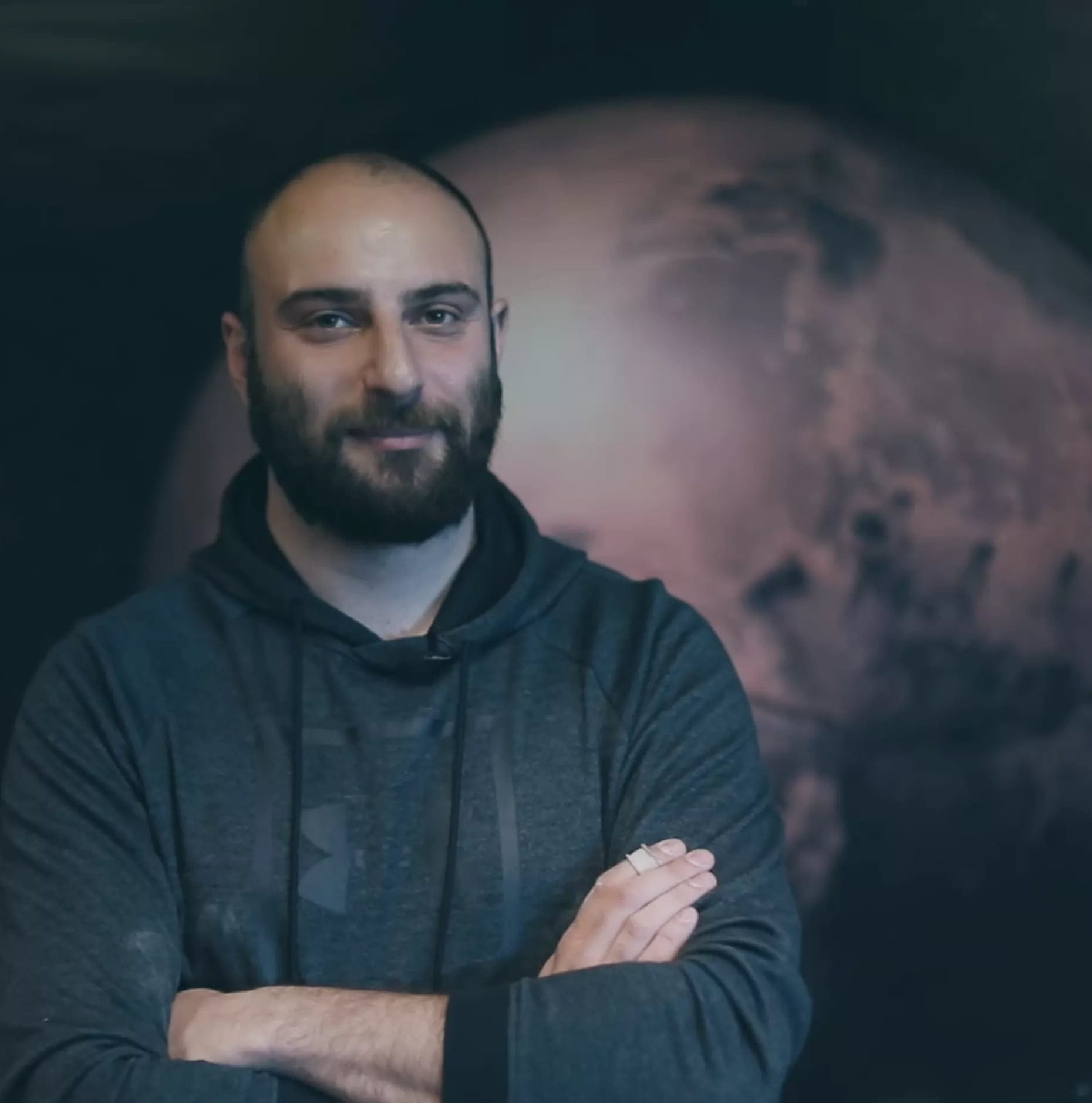 I’ve been trying to make this transition for a long time. Even back when I started this venture I had the feeling that in Georgia everything just flows too slowly, especially on the hardware and technology side. Everything you need, materials or machinery, you need to order from abroad–and usually from the U.S. That takes a very long time. Every test, every new solution, just takes too long due to the shipping problems alone. So, we've been trying to do this for a long time.

But then COVID hit and all of the financial problems. We had to work out of a very small garage, but we raised some money and got back on our feet. That led us to getting an actual office and hiring people, and building an actual uniform–the first one. It was the first wearable suit that we put on a mannequin with heat sensors, and we put it into a huge amount of flames. It was a third the temperature of the sun! And it did amazing, it lasted five times longer than anything else on the market today. That was the first breakthrough. After that, we knew we could keep going, that we really had something really great on our hands.

Most of our investors were friends and family, but then managed to land this one venture studio from California called Technovate. They have a very unique model where they have a very small number of startups, five exactly at this moment, and they are very hands-on, very involved in basically everything we do. They invited me to come work out of their studio for six months.

My major goal while here is to promote the firefighter uniform side of Elven, going to the manufacturers of firefighter uniforms who already are in the market and are selling to the customer base, who have the the supply chain organized, and just offer them the opportunity to replace their 60 year old technology with ours and start manufacturing superior products. That's my goal here, and that's how I ended up here.

How did your experience with the GIST Business Incubation program inform how you approached working with the American market?

The Business Incubation program was very important for us in designing a product that people can actually use. The first month of the program I spent in Chicago. In Chicago I decided to walk into a fire station and I just talked to people. It was really hard at first but they were very nice! And I realized I could actually do more of this. I ended up collecting data from 10 or 12 fire departments, from more than 60 firefighters, and it helped me a lot, because I took all that data back to our team in Georgia where we made further improvements.

When I say that the product is designed for the US market, I mean two things: first that we actually used the specific certificate verification regulatory documents that say how the uniform should work and what they should do. The second is that we used all the feedback from the firefighters who were saying that they might, for instance, prefer a pocket in a specific spot, or that their radio kept bugging them on their shoulder, and we were able to incorporate a lot of those informal suggestions. We never would have been able to get that data without actually being on the ground, talking to the people who would use the product. GIST was so important for that.

Building on your experience with GIST, how did you continue to build connections to be able to break into the US market?

It was in 2020. The whole of Georgia was closed, we couldn't even go outside. I was basically sitting at home. Couldn't go to work, couldn't build anything, and I was just going crazy.

We had almost no money left, so the only thing I could do was take my laptop and just pitch in multiple different online pitching events that were happening due to COVID. I used to pitch five, six times a day, same pitch, same three minutes, same stuff like a robot over and over again. And really quickly I got really burned out on my own pitch. I remember one day after several pitches there was one final one in the evening, and I was extremely tired, and I thought “Okay, I don't know if anybody is even going to be there, why should I go?” But I did, and the founder of Technovate was there! And then he wrote to me after. We set up two calls and he actually invested after two calls… we never met! We met the next year when he came to Georgia to actually see what we built with his money.

What advice would you have for innovators outside of the US, who are considering expanding into the US market?

We were looking at the US market from the beginning, we knew our product was for the US, and we’ve learned a lot (especially through the GIST program). First, adapting is extremely important. And it comes from listening, so the first thing is listening and then adapting towards what you hear. Every bit of feedback can potentially lead somewhere, so listen.

Another thing is that the culture is different, so that also means adjusting the ways you say things, the accents that you make during pitching. It also comes from listening and then adapting but on the cultural side

There's also business ideas to adapt to, because I’ve seen, and I was one of them, a lot of different people from different countries, especially from my region, coming to the US and asking for a half a million dollars, and there is no way you're going to accomplish anything with a half million dollars in the US. I've seen a lot of close friends from Georgia who pitched in the valley and every investor they met told them “No, you shouldn't be raising $500,000, you should be raising $3 million right now, because that's what you need.” Understanding what you actually need for your business is another very important part.

The last thing I would add is that it's really hard, culturally, for people from our region to engage in open conversation with people just on the street. People just don’t do that. But in the U.S. it's much easier. And what that means is that you can collect better customer data much more easily. But that takes time to adjust to.

Now, we have a big announcement, something that’s really exciting. We have a second product that came directly from our work in the U.S. While we were here in California we discovered a new, very interesting market, which is the professional stunt market.

When actors are set ablaze, when anything explodes, when dragons breathe fire–HBO lit on fire 73 stunt people on fire, 20 at the same time in one scene!–that takes an enormous amount of time. Each shot of 30 seconds of a person being on fire takes 90 minutes of preparation time, and then you have 30 seconds of burn and if it doesn't work or if the shot isn’t good, you have to restart the whole thing. We can do the same setup in just 10 minutes because you just put on the suit and do the scene. A scene that took all day before can be done in just 30 minutes now.

We have already sold two uniforms to a Georgian company that did Fast and Furious 9 and The King’s Man. So this is setting us up to hopefully do a lot of similar business in LA!

Want to learn more about the Business Incubation program and find a pathway to enter the American market yourself? Learn more, and sign up for our newsletter to stay on top of the latest opportunities from GIST.