Finding Their Own Path Forward

Finding Their Own Path Forward 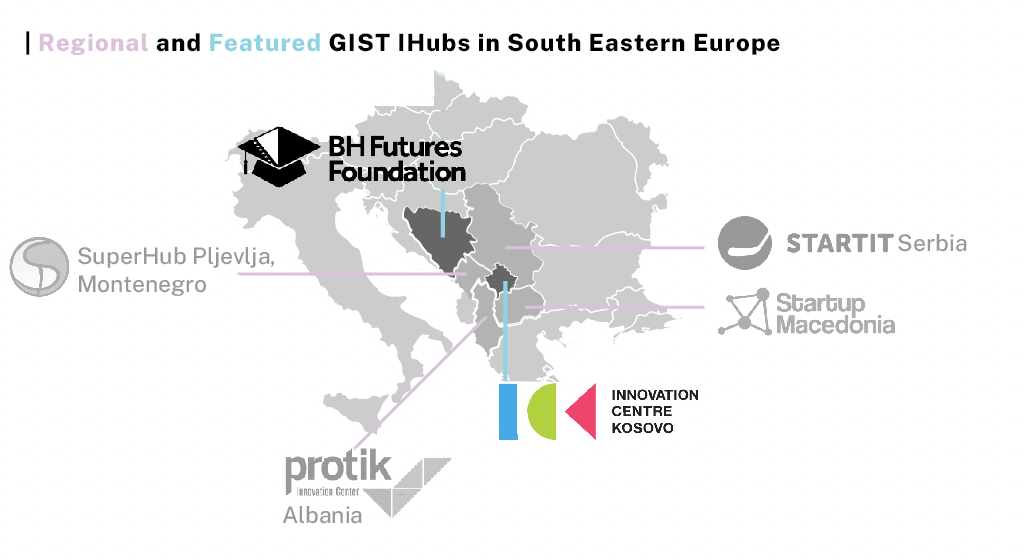 The associated countries of former Yugoslavia have had a challenging and complex history; after Independence, many of the countries therein had to navigate a new path forward. After decades of challenges, young innovators in this region are showing the world they have what it takes to work towards building new economies that work for them, fostering innovation driven by fierce tenacity and hope for the future. GIST supports the work of multiple GIST Innovation Hubs in this region, and we could not be more proud of the culture these centers have propagated. We spoke to leaders from two incredible organizations in this region, BH Futures Foundation in Bosnia & Herzegovina and Innovation Centre Kosovo, to share their perspective from the ground and their vision for the future. 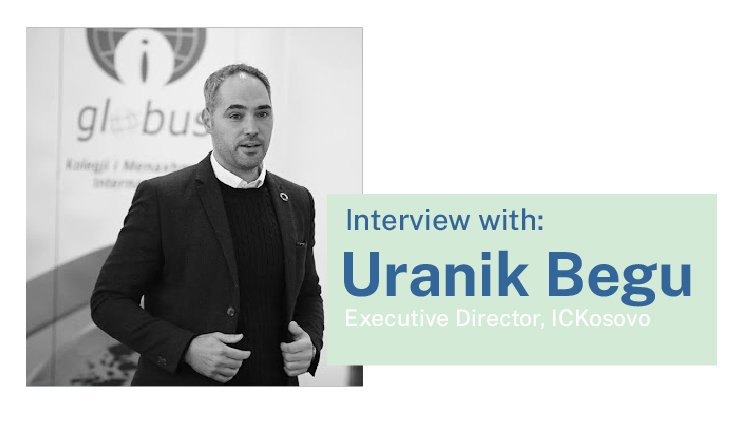 GIST: With the collapse of Yugoslavia, many new countries had to fend for themselves and learn to form their own ecosystems. What has the Kosovo culture and economy been like since the country became independent and stabilized  in the last decade?

Uranik Begu: After independence and war, a lot of industry was completely destroyed, so we had all sorts of transitions. After the war, it's been a struggle, how do you rebuild, what do you start with, how do you create things? The first sort of people that became businesspeople had a negative connotation; they worked toward trade but not really bringing in any added values or fostering an innovation economy; so when the Innovation Center console was opened in 2012, I think it was more about changing the perception about what an entrepreneur is, and what sort of values we need to bring into our economy. I think this is still in our mission that we're trying to inspire the younger  generations and teach them that entrepreneurship. That being an entrepreneur, it's a noble thing. And I think that has been our biggest challenge, apart from that some people post-war but also independence are very much in favor of the old industries; you know, obviously, they were not there, but they were still thinking and dreaming about the good old times on how the factories have 500 people working and it seemed like in yes, you know, if you were to talk to older people that will tell you about Pittsburgh, and the steel industry and the automotive industry and that is not possible anymore and it has been a challenge, even with our politicians, to go and try to articulate a different sort of economic offering which would put Kosovo on to the map of being the leader.

GIST: Entrepreneurship is a broad term that encompasses a lot of different ideas for different people. In the U.S. and other countries it has become synonymous with innovation and prosperity. What does it mean to the people of Kosovo?

Uranik Begu: Our goal is to build a knowledge based economy, an innovation economy. Particularly because our advantage is the young people; Kosovo is not only the youngest nation to declare independence but by average age is also the youngest population. And you can look at the particular average age figures of how young it is, but it's really like a big university campus when you walk around you; you know I feel this a lot and I'm 44, so I get people calling me professor around the streets still. This could play to our advantage if we knew how to utilize this youth in producing and having greater output. If not, it could become a liability; unfortunately, the unemployment for young people is quite high, and this is because we have failed to introduce them to opportunities. We see our goal as a Center has been to really try to bring everyone together to try to position ourselves as an economy in which one can produce, and above all help solve our biggest challenge, which is the brain drain. Because our people in absence of jobs in absence of sustainable jobs are leaving the country. We have supported 450 startups, there's a dozen of them that have received investments in the  millions, and even a couple which have received investments in 10s of millions. That number is growing, and some of these companies employ over a hundred people; in total from our incubator department, we have helped in creating 3,500 jobs, forming a pillar of activity through  training and skills development.

Through our educational workshops and programs, we are also trying to 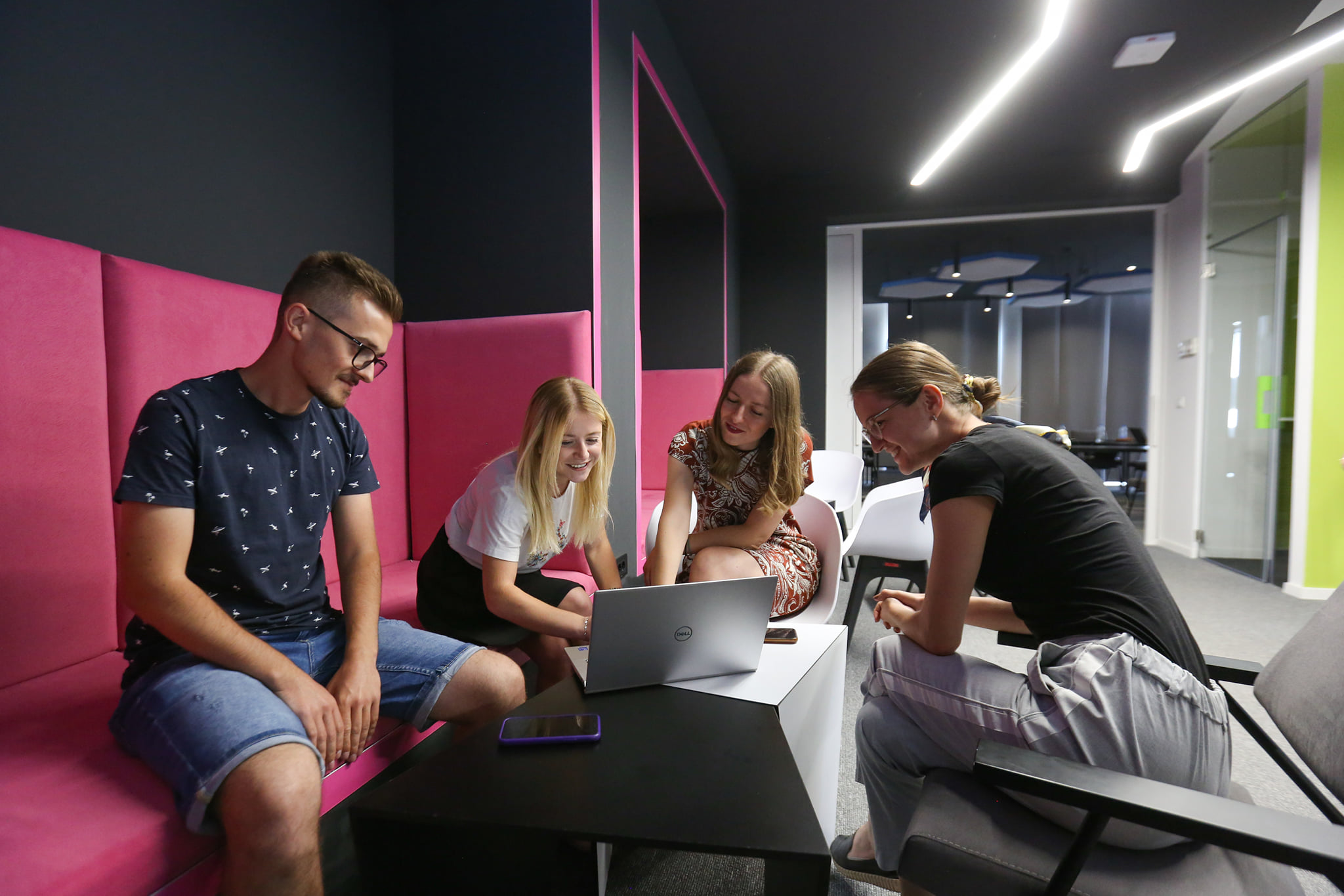 supply startups with not just startup investment, but also our tech community with enough educated and passionate people so they can remain competitive, but at the same time for those that have interest in being independent or freelancers, or even entrepreneurs, give them the opportunity to join our program so it's  pretty much a closed loop for them and there are opportunities for all kinds of community members. In our educational department we've trained around 6000 people, and I would say that the employment rate is over 90% because what we do is after three months of training, which I call a quick-fix training, is bring an industry expert who has a company, who knows exactly what needs to be done on his work, let's say graphic design cyber security, social media management, et cetera, and we use this to guide  our about 40 different training sessions that we have offered throughout the years. It is a win-win partnership for both our industry partners and our young people seeking employment.

We have seen the cost of unfortunately remaining the most isolated nation in Europe, we are the only nation in Europe which still requires a visa, so the visa liberalization process has really been difficult,  particularly for the youth. So we said, you know what, let's try to bring the world to Kosovo and it’s worked.

In different projects and activities, we have tried different approaches; we brought global entrepreneurship work through Global Entrepreneurship Week, we brought NASA Space Apps challenge (and we won the global competition, by the way!) By having opportunities like this we open up opportunities for people who were isolated. In total we've brought over 50 international partnerships and licenses which have really opened up opportunities and given our young people the ability to compete and compare themselves with the rest of the world, and I think that's great. 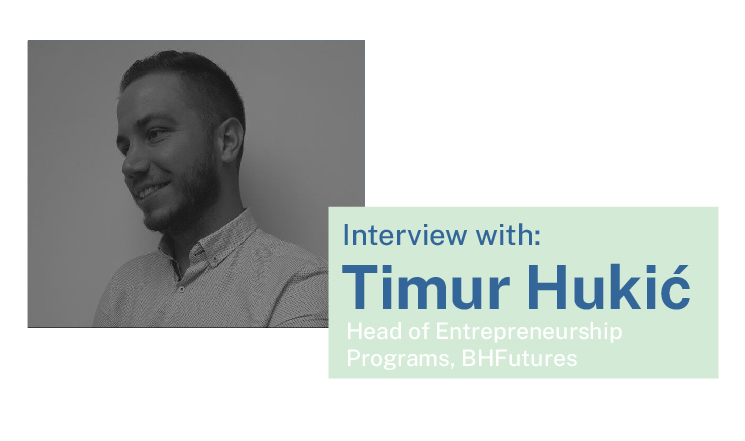 GIST: After the last decades of change and transition, what have been the most notable shifts in the economy and culture of Bosnia & Herzegovina that will matter for innovators going forward?

Timur Hukic: Economic growth has deteriorated substantially since independence. In the former republic, Bosnia and Herzegovina was the industry powerhouse. It developed substantial production in mechanical, chemical and electrical engineering. After Independence, the industry collapsed.

Currently it’s at a rather low level, employing around 30% of the workforce. Agriculture is done inefficiently and without adequate subsidies, resulting in challenges with competing with imported goods on the local market, let alone foreign ones. Half of the workforce is in the service sector which accounts for more than 60% of the GDP. This is typical for high-income de-industrialized countries that have turned to more lucrative and complex “knowledge” industries, but this is not the case. What happened in Bosnia and Herzegovina is that on one side the industry shrunk dramatically and the public administration swelled, resulting in such workforce composition. Hence, it’s in an unhealthy state where more tax money is spent than earned. There are worrying trends in the public administration, where, for some time now, loans from international institutions have been spent on paying the salaries of the public workers and pensions instead of being spent on infrastructure to stimulate economic growth.

GIST: What does entrepreneurship mean for Bosnia & Herzegovina?

Timur Hukic: The climate in the ecosystem is challenging. Heavy bureaucracy is an important factor diverting people from pursuing a career path in entrepreneurship. According to all global indexes Bosnia and Herzegovina is always ranking somewhere at the lower spectrum. Nevertheless, entrepreneurship in Bosnia and Herzegovina is becoming increasingly more talked about. Up until recently, a vast majority of entrepreneurs were necessity driven ones. There is a growing healthy trend in opportunity driven entrepreneurship. There are also more local role models of successful entrepreneurs inspiring the coming generations. It’s becoming much less rare that young people talk about starting their own business. It’s also more often that people see themselves as potentially the next Elon Musk! Overall, entrepreneurship at the moment is in a challenging state, but there are numerous positive trends among the young that give us hope. 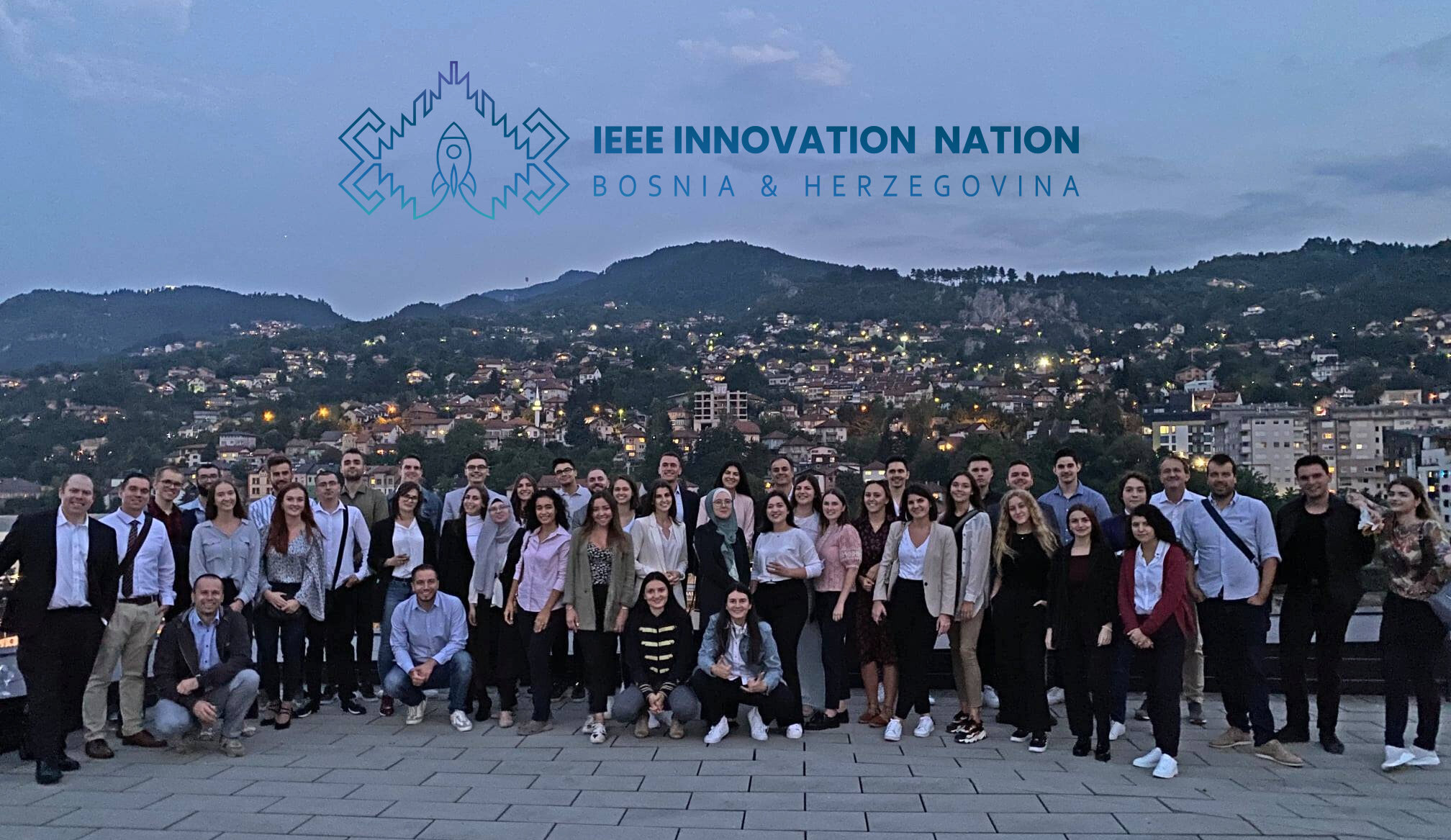 GIST: The Balkans are experiencing a new renewed global presence thanks to some of these positive trends. How is Bosnia & Herzegovina contributing solutions to local as well as global issues?

Timur Hukic: The environment for innovation in Bosnia and Herzegovina is unstimulating. It has been deteriorating for the past 5 -10 years. The number of registered patents has fallen from around 100+ to only several a year. It is falling behind on regulations and frameworks for innovation, even compared to neighboring countries. There still remains a lot to be done to improve the state of innovativeness of Bosnia and Herzegovina. The administration on the higher levels, especially the national level, seems uninterested in institutionalizing support for innovation, unlike the countries from the region. Hence, Bosnia’s contribution is rather modest and much smaller than what it has the potential for. Despite the gloomy statistics, Bosnia and Herzegovina was able to supply the world with exceptional individuals in almost all branches of knowledge. There are a vast number of researchers, business owners, experts, even unicorn founders across the globe with Bosnian and Herzegovinian roots. Hence, it could be said that the contribution of the people is substantial compared to the size. What we are working actively in BH Futures Foundation is transferring the know-how and the network of the diaspora to the young, hard-working and ambitious STEM students across the country, bringing that innovativeness back home.

We are proud to be part of this exciting transformation; learn more about the emerging economies of Europe in the first part of our series, Finding their Own Path Forward. Also look to our recent insights on Deep Tech, a particularly important pillar of developing European investment. Stay tuned for more updates from our I-Hubs in this region and around the world!