A startup that focuses on providing a digital solutions for distribution of aid is taking home the top prize at the GIST APEC Catalyst Pitch Competition in La Serena, Chile.

Sara Dhewanto from Indonesia has won first place. Her startup, Duithape is an e-payment system aiming provide clients (donors and lenders) a cashless distribution system that enables massive, safe, efficient, and accurate payments to the unbanked with high accountability through redemption of goods/ services at our network of distribution points.

The competition was part of APEC’s Women in STEM events which specifically worked with startups that support women entrepreneurs, vulnerable communities or rural communities.

Jessica Moldez Wu from the Philippines competed with her startup, Lesstics. She is going home with $3,000 USD. Lesstics is a startup  Moldez Wu co-founded to help the garbage problem in her City. They recycle single use plastics and turn it into different reusable objects such as floor tiles, insulators, Lego Bricks and many more.

The Spirit of GIST Award went to Suki Chen who received $500 USD.

The event included featured startups from around the APEC economies. Through the competition, young entrepreneurs had an opportunity to elevate their pitches and showcase the startups.

The teams also learned how to pitch their business ideas to investors and potential partners—a critical skill for entrepreneurs.

All teams who participated were women-focused or women-led and there was a preference for teams who have overcome economic hardship and/or identify as a member of a vulnerable community.

During the 2019 APEC Chile, startup teams gave three minute pitches, without slides, to a small panel of judges followed by two to three minutes of questions.

Finalists from the public voting and review were given online and in-person coaching at the 2019 APEC Chile before competing in the GIST APEC Catalyst Pitch Competition.

A full list of participating startups can be found by clicking here. 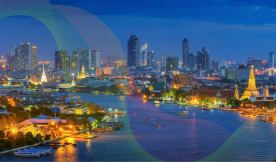 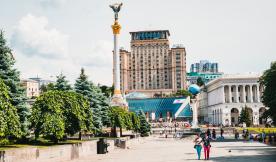